You are here: Home » Habitat For Humanity – Multi-Generational Community Involvement

Squarefoot Commercial Group has been actively involved in the community for many years. (Volunteering and giving back provides a level of fulfillment that commercial real estate can’t always provide.)

In 2003, Squarefoot Broker Linda Loftus (CCIM SIOR CIPS MRICS FEA), worked with the Habitat for Humanity (Habitat) Board of Directors to help secure their long-time home at 128 Brock Street, a small industrial building in central Barrie that housed the Habitat ReStore and the affiliate offices.

In 2011, Habitat reached out again when they needed an Alliston location; Shannon MacIntyre (CCIM SIOR, Broker) was quick to help them open a second ReStore, start accepting donations, and making sales.

Squarefoot Commercial Group continues to work with the organization, in both a volunteer and broker capacity. Through her condo board, Broker Ashley Polischuik (B.COMM(HONS) CCIM) met the current Habitat CEO. After presenting creative solutions for future land purchases for Habitat family builds (in an increasingly unaffordable market), she joined the LAND Committee and the Board of Directors as Treasurer. She continues to sit in these roles.

After 20 years at Brock Street, this donation-reliant organization decided that the costs of maintaining a rapidly aging building were too great. They decided to go from owners to tenants, which will allow them to carry on the important mission of building homes for deserving families.

From Owners To Tenants

After the decision came figuring out the logistics of the move.

In 2017, the City of Barrie zoning bylaws changed; as a result, although their Retail / Building Supply use at Brock Street (now an industrial zone) had been grandfathered, a relocation meant that the new ReStore would need to be in a commercial zone. Options that both met their requirements and were within their budget were limited.

The Barrie Examiner building had been vacant for several years following the cancellation of the Post Media publication. The large production and distribution facility located in the north end of Barrie was now for sale.

Although it was previously an industrial building, both due to its original use as a Beaver Lumber store and then as the newspaper facility, the rezoning in 2017 ended up changing the building to a Commercial Zone to match with the neighbourhood.

However, in order for Habitat to hold a tenant position in a building that was for sale, a local buyer willing to take on the role of landlord needed to be located to add the building to their portfolio and accept Habitat as their tenant.

With the local buyer in tow, the plan began to roll out in January 2020. Conversations with the person in charge of real estate at Post Media had provided a roadmap to a creative solution for Habitat’s next steps, as they also needed to unload the asset off the books as part of a new corporate mandate.

A sale agreement was reached between the newly found buyer and Post Media for the Bayfield building, as well as a long-term lease agreement between Habitat and the purchaser. Habitat’s Brock Street building quickly sold off-market to a Squarefoot client; gains made from the sale are planned to be put towards leaseholds at a new store, as well as future builds.

As a result of delays caused by the COVID-19 pandemic, as well as the different transitions each party needed to make following the closing of the sales, both Post Media and Habitat needed to finalize short-term leasebacks in their respective buildings to facilitate seamless transitions. Although delayed, the sales of both closed in Q3 2020, with leases beginning immediately afterward.

Habitat secured the perfect location, with the right zoning and within their budget, on a 10-year commitment, setting the stage for a successful and bright future.

Several years ago, Habitat set its mind on building homes for dozens of families per year, not just one or two. This relocation will increase ReStore sales by over 25%, if not more. The costs to maintain an organized, purpose-built store are lower and the location, in terms of exposure and access, is top-notch.

On July 13th, 2021, Habitat for Humanity Huronia ReStore opened for business and the lineup of customers to get in the building was overwhelming.

Community building with Habitat has been part of Squarefoot’s journey from the first time Linda found ReStore their first location on Brock Street, to when Shannon found them a second location in Alliston and again when Ashley found the Bayfield Street location. Three generations of Squarefoot brokers have been proud to help carry forward Habitat’s mission for almost two decades.

Squarefoot Commercial Group will continue to be a partner with Habitat for years to come. We will also be available to help answer questions and offer whatever service is needed by this strong, proud organization that helps our community in so many ways.

CEO of Habitat for Humanity Huronia, Robert Cikoja explains: “Squarefoot is a real community partner. They are the model of leadership, guidance, expertise, and integrity. They excel in both professionalism and philanthropy. Their presence and support in the community through volunteering and charity involvement builds a strong community which we all benefit from.” 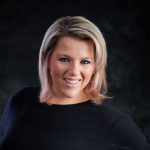